While Delta SkyMiles aren’t my favorite mileage currency, one of the things I do appreciate about SkyMiles is that they have a higher “floor” value than American and United miles.

That’s to say that you can potentially “cash-out” SkyMiles towards the cost of a ticket at a better rate than you could with AAdvantage and MileagePlus.

This is all thanks to Delta’s “Pay With Miles” feature, which lets you redeem miles at the rate of one cent each towards the cost of a Delta purchase. In this post I wanted to look at how that works.

Through April 1, 2020, Delta American Express cards have increased welcome bonuses, which are among the best we’ve seen on the cards. This coincides with the changes that were made to the cards in January.

Just to give you a sense of the current bonuses:

Why The Bonuses Matter In The Context Of “Pay With Miles”

As mentioned above, Pay With Miles establishes a floor value for SkyMiles. That means with the above bonuses, you can expect to get at least one cent per mile towards the cost of a Delta ticket.

Even if you don’t want to go through the effort of maximizing SkyMiles redemptions, that means 60,000 miles would get you at least $600 worth of Delta tickets, etc. That’s a compelling reason to pick up one of those cards.

How Much Are Delta Miles Worth?

Personally I value Delta SkyMiles at 1.2 cents each. I’m conservative about valuing miles, simply because you’re holding onto a currency that can easily be devalued.

85,000 SkyMiles for a one-way business class ticket from the US to Asia is a solid deal, if you ask me. 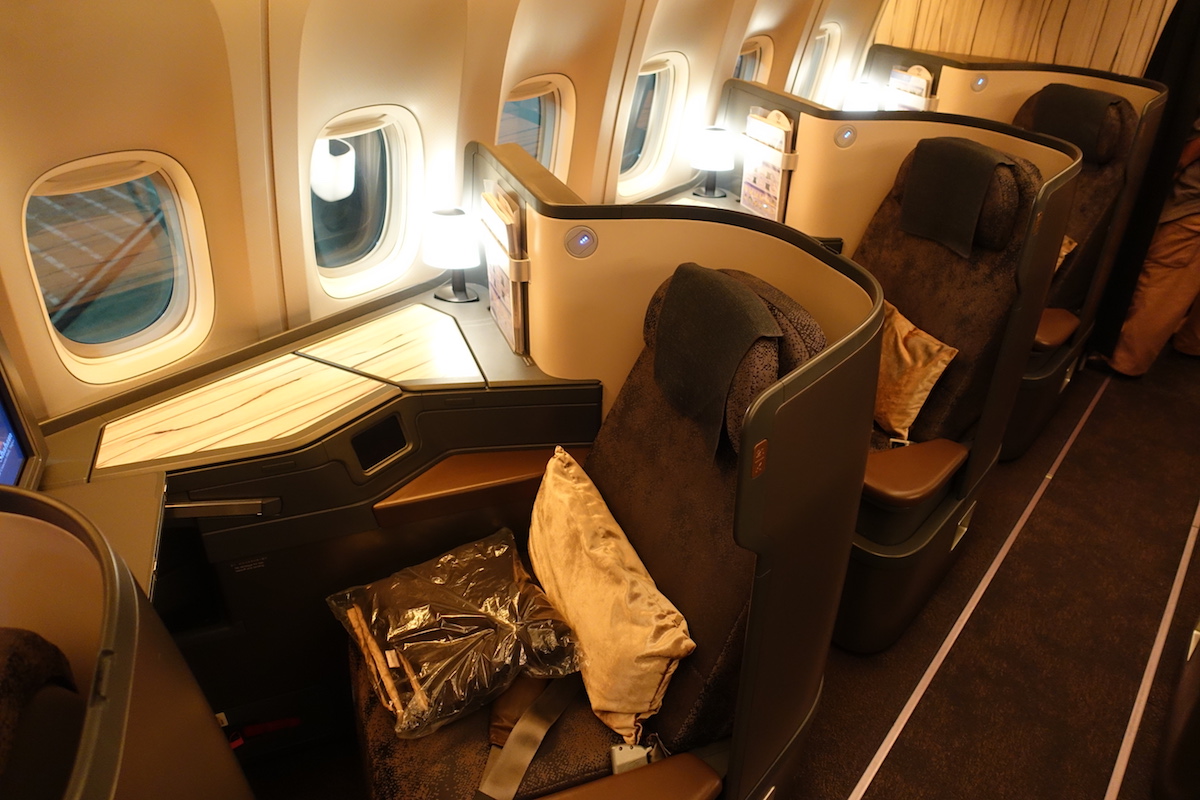 However, for many people just redeeming for domestic travel is a lot more practical.

That’s one of the areas where Delta SkyMiles can be a great program. I know many people get frustrated by miles, and therefore don’t think it’s worth accruing miles with some airlines, whether through flying or credit cards.

The good news is that unlike some other points currencies, SkyMiles have a legitimate “floor” value, thanks to the ability to redeem SkyMiles as cash towards the cost of a ticket.

If you have a Delta co-branded credit card then you can redeem SkyMiles for one cent each towards the cost of a ticket, in increments of 5,000 miles.

In other words, if a ticket costs $200, you could choose to:

The best part is that for all practical purposes these are still considered “paid” tickets.

Let’s look at some more details about how this program works.

Who Is Eligible For Delta Pay With Miles?

The Pay With Miles benefit is available exclusively to those with Delta co-branded credit cards. This includes all seven co-branded cards, including the Blue, Gold, Platinum, and Reserve cards, both business and personal (the Blue only has a personal version).

See this post for everything you need to know about Delta Amex cards.

Having elite status with Delta in and of itself doesn’t give you access to this program. 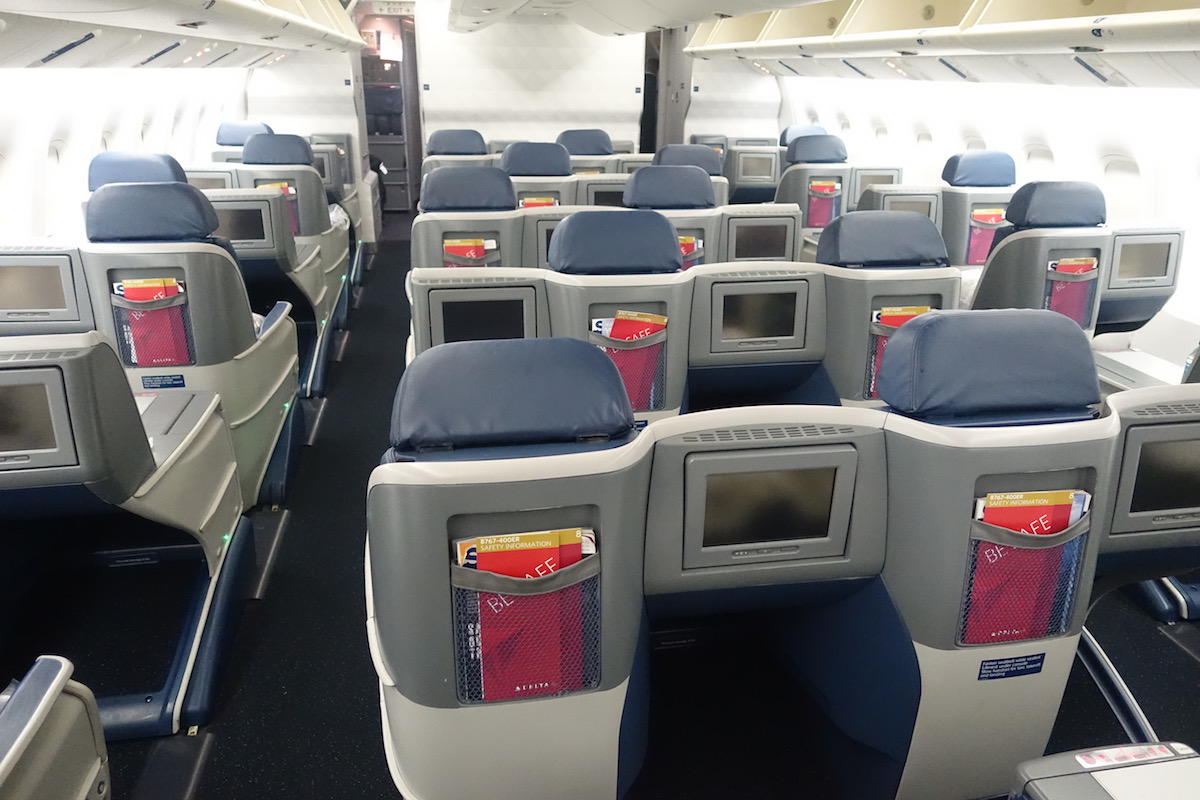 You should use Pay With Miles for a Delta One ticket

Do You Earn MQMs/MQSs On Delta Pay With Miles Tickets?

This is one of the reasons the program is so popular, especially among elite members. The tickets you’re redeeming your miles for can still help you requalify for elite status.

Do You Earn MQDs On Delta Pay With Miles Tickets?

Do You Earn Redeemable Miles For Delta Pay With Miles Tickets?

Delta Pay With Miles Tickets are eligible for accrual of redeemable miles, though you’ll only earn those miles based on the portion of the ticket for which you paid cash.

As a reminder, SkyMiles members earn the following number of redeemable miles:

Can You Upgrade Delta Pay With Miles Tickets?

The exception is if you’re using Pay With Miles to offset the cost of a basic economy ticket, since those tickets can’t be upgraded. 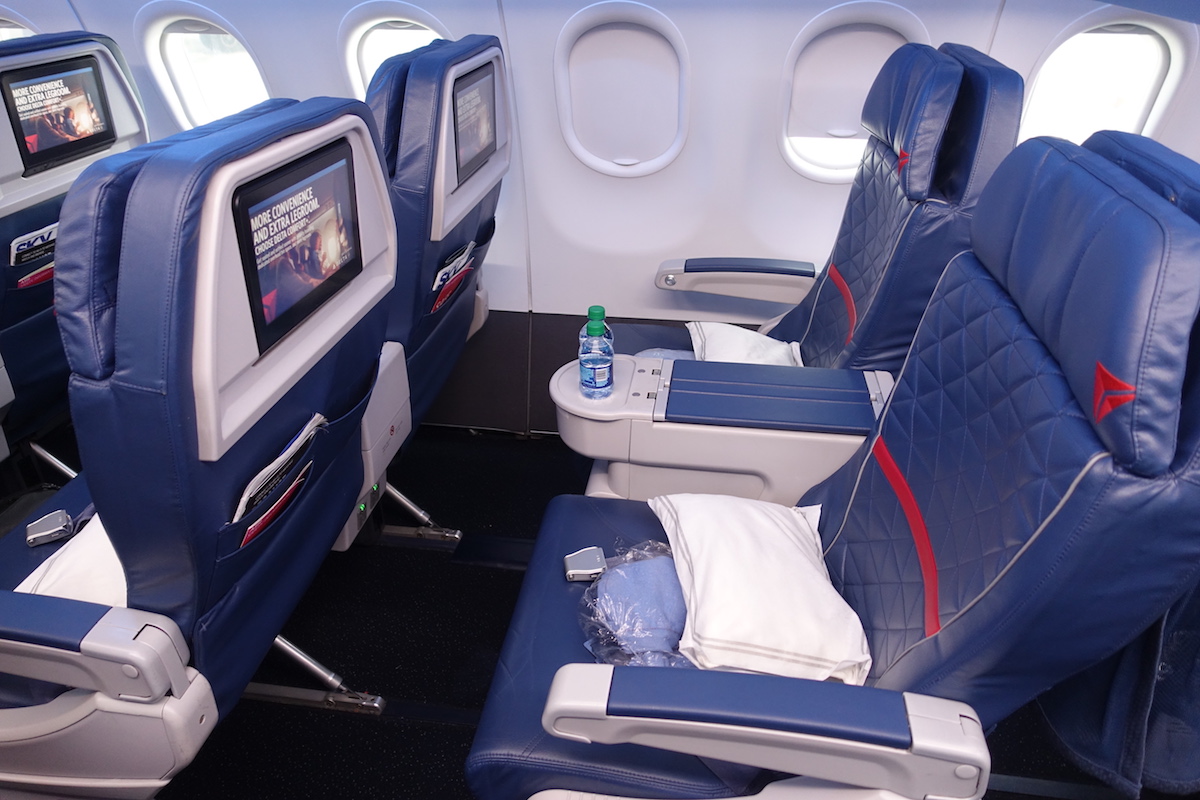 Is There A Limit To How Many Pay With Miles Tickets You Can Book?

Nope, as long as you have sufficient SkyMiles you can use the option for as many tickets as you’d like.

How Do You Book A Delta Pay With Miles Ticket?

The process is really easy. First, you have to log into your eligible SkyMiles account on delta.com (this would be for the account linked to your credit card).

Then you’d just search flights as you usually would. You’ll see “Pay with Miles Eligible” written underneath eligible itineraries.

Once you select the flight and fare you want, go to the trip summary page. When you scroll to the bottom you’ll see the option of choosing how many miles you want to redeem to offset the cost of the ticket. Once you select the miles you want to redeem, you’ll even see how many redeemable miles, MQMs, and MQDs you’ll earn.

For example, if you choose to redeem 50,000 miles for the above first class ticket you’d just pay $26.20. Then you’d earn MQMs for the ticket as usual, but wouldn’t earn MQDs or redeemable miles, since the entire ticket cost (minus part of the taxes and fees) is covered by miles. 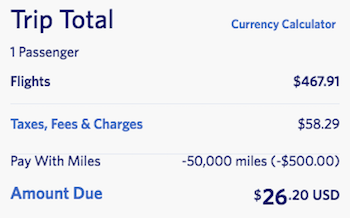 Is Delta Pay With Miles A Good Deal?

People have very different takes on this program. I know some Delta loyalists who always redeem their miles this way, while personally, this isn’t how I’d redeem my miles.

Why Some People Love Pay With Miles

In many cases, it seems to be Delta’s most loyal customers who like Pay With Miles.

One of the big challenges that many frequent flyers have is that they earn tons of miles, but then they don’t actually want to redeem them, since they’re on the elite status hamster wheel and want to earn elite miles for their travel (besides, Delta’s credit cards can also help you earn elite status). This program is a great solution for those people.

Similarly, this is a useful program for the occasional flyer who doesn’t want to deal with the complexity of frequent flyer programs.

There is something to be said for there being a floor value for miles, because I can see many people redeeming American and United miles for significantly less than a penny of value per point.

Personally I like to try and redeem miles for international first and business class tickets where I can get outsized value.

Ultimately you have to subtract that from the value you’re otherwise getting, and as a result, I’d say you’re getting closer to 0.8-0.9 cents of value per mile using this method.

A lot of people choose not to collect SkyMiles because they think that partner redemptions are tough to come by and are expensive.

While that’s not untrue, there is something to be said for there being a floor value for SkyMiles. In the context of these welcome bonuses of up to 100,000 SkyMiles, that potentially translates into $1,000 worth of airfare on Delta, which is huge.

For those with SkyMiles, do you use your miles for the Pay With Miles feature, or what is your favorite use of them?

The post Delta Pay With Miles: Everything You Need To Know appeared first on One Mile at a Time

Well This Marriott Stay Is Going Great So Far…

6 vehicles involved in an accident along Thika Road