LOT Polish has been growing significantly lately, adding long haul flights out of both Poland and Hungary (the airline just announced new routes to San Francisco and Washington for this year). However, the airline has been having issues with the engines on some of their 787s, and it seems like they may have found a short to medium term fix.

Polish media is reporting that LOT Polish will acquire three Boeing 777-200ERs that used to fly for Singapore Airlines. The leases on these planes are up, as Singapore Airlines typically only keeps planes for about a decade, and now they’re once again back in the hands of Boeing Capital Corporation.

If this is true, it’s expected that LOT Polish will dry lease these planes for three years (meaning their crews would operate the planes), with the first entering service around June 2020.

This is a significant upgrade over the 2-2-2 business class that LOT Polish has on their 787s. 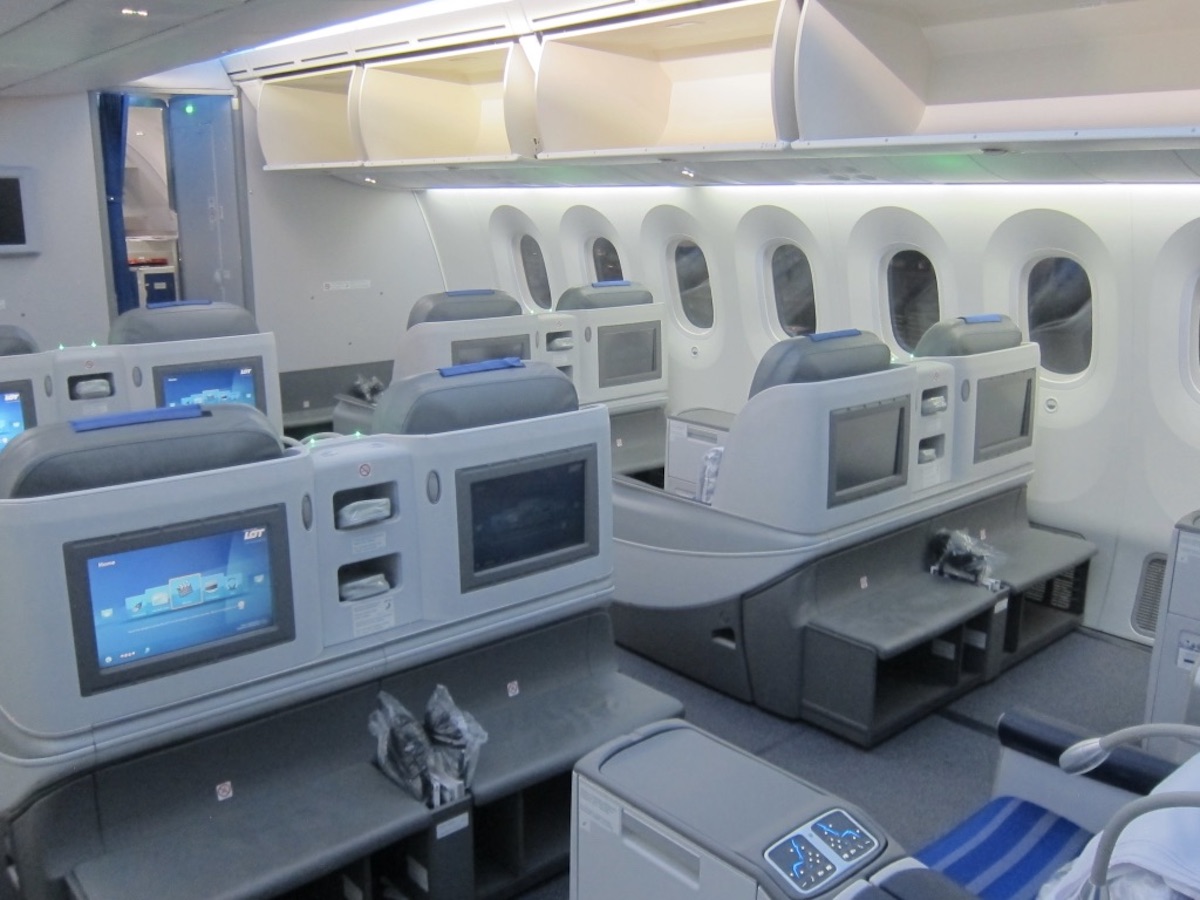 How would 777s fit into LOT Polish’s fleet?

The issue is that like many airlines, LOT Polish is facing ongoing issues with 787 engines. For example, currently their flights from Warsaw to New York JFK, Newark, and Toronto, are operated by wet leased Air Belgium A340s. The airline has been wet leasing planes for a couple of years now, and that’s really costly. So at that point it seems to make more sense for them to just take delivery of their own planes. While it might seem like adding 777s creates unnecessary inconsistency:

It will be interesting to see whether LOT Polish does in fact add 777s to their fleet. Up until now company spokespeople have denied the rumors, though that’s often the case until an official announcement is made. This whole rumor started to begin with because there were reports of LOT Polish crews getting 777 training.

Frankly this seems like a logical move for LOT Polish, given their growth aspirations, combined with their constant wet leasing of planes from other airlines, which is more costly than them just dry leasing planes for longer periods.

What do you make of 777s joining LOT Polish’s fleet?

Save At Best Buy With Amex Offers

Introduction: My Journey To The Stolen Jewel