I’ve been following the credit card rewards space for a long time (well over a decade), and I remember how excited I was when I got approved for my first credit card at the age of 18.

The space has evolved significantly, and credit cards have truly never been more rewarding, between the welcome bonuses, the perks, and the bonus categories for spending.

Nowadays I’m earning an average of more than 3x points for my everyday spending, which is something I could have never imagined a decade ago.

In this post I wanted to take a critical look at the Chase Sapphire Preferred® Card, which is a card that changed the credit card landscape at the beginning of this decade, but that has largely been resting on its laurels since.

Now don’t get me wrong, the card still has a lot going for it, and I still recommend it as the best beginner card for people getting started with miles and points. But I think it’s fair to say the Sapphire Preferred is also not what it once was.

So let’s take a closer look at that — what made it so special, why isn’t it as special anymore, and what could be done to improve it.

The credit card landscape back in the day

Back when the Sapphire Preferred first launched, the credit card landscape was completely different. About a decade ago I’d say Amex dominated the credit card rewards space:

At the time if you had told me that Amex would one day revamp the Premier Rewards Gold Card as the American Express® Gold Card, and it would offer 4x points on dining purchases globally and 4x points on supermarkets purchases in the US (up to $25K per year) with no foreign transaction fees, I would have thought you were nuts.

The Sapphire Preferred was a market disruptor

I remember in 2011 when the Sapphire Preferred came out with a splashy welcome bonus (40,000 points was a huge deal back then), a shiny metal card, customer service reps who answered the phone on the first ring, and a brand new transferrable points currency, it was a game-changer.

The card also included many of the same benefits it has now:

There were a few other benefits that have since been removed, like an unheard of (at the time) 3x points on dining for the first Friday of the month, and the 7% annual dividend on earned points.

There was simply nothing like it, and the Sapphire Preferred blew the competition away. 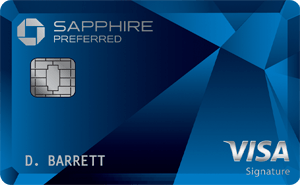 Not only that, but conveniently for Chase, the launch of the Sapphire Preferred coincided with:

At the time, all of this contributed to the relative devaluation of Membership Rewards over the new Ultimate Rewards.

While the Sapphire Preferred moved the bar for the credit card market in the US, over time, other issuers and co-brand cards have caught up. Features that we’d never have imagined in 2011 are now effectively table stakes: 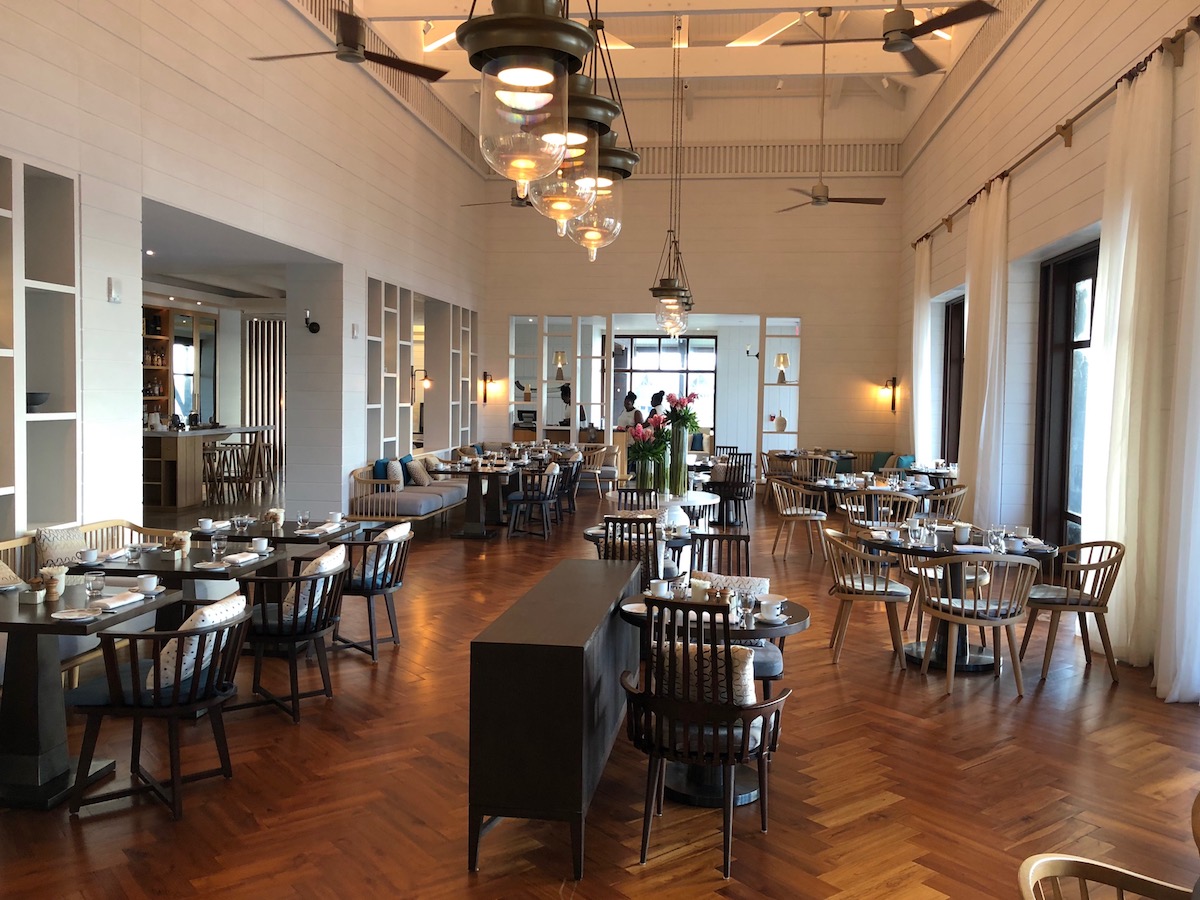 Nowadays some credit cards offer up to 5x points on dining

Not to mention Capital One, Citi, and even Brex now allow points to be transferred to airline partners.

At the same time, American Express has worked to expand the Membership Rewards program, adding new redemption partners, continuing to have transfer bonuses, and has more or less completely revamped their card portfolio with enhanced earnings rates and benefits.

Meanwhile, the Sapphire Preferred is essentially the same card as it was in 2011. The 7% annual dividend has gone away, and primary rental car coverage added, but the card has maintained the fundamental value proposition of earning 2x on travel and dining, with the ability to redeem directly through the portal or transfer to partners.

What would make the Sapphire Preferred more competitive?

Given how other cards have evolved a lot and the Sapphire Preferred seemingly hasn’t, what could be done to make the card more compelling again? A few things come to mind — some are specific to this card, while some are general improvements that could be made to the Ultimate Rewards program, which in turn would change my feelings about this card.

While Amex, Capital One, and Citi, frequently offer transfer bonuses when you convert points into airline miles or hotel points, Chase doesn’t. They’ve only ever had a single transfer bonus that I can recall.

This is something that could add a lot of value for cardmembers, especially given the increasing overlapping partners between transferable points currencies.

We’ve seen the major transferrable points currencies add partners over the years, and in some ways, Ultimate Rewards has become less competitive. Chase lost Korean Air as a transfer option, which was one of their most valuable partners.

I’d argue that at this point Ultimate Rewards is a program for earning Hyatt points, and perhaps in some cases, an argument could be made for transfers to United (though less so than before, given the recent MileagePlus devaluation).

Aside from that, though, there’s lots of overlap with other transferable points currencies, and other currencies have more frequent transfer bonuses. 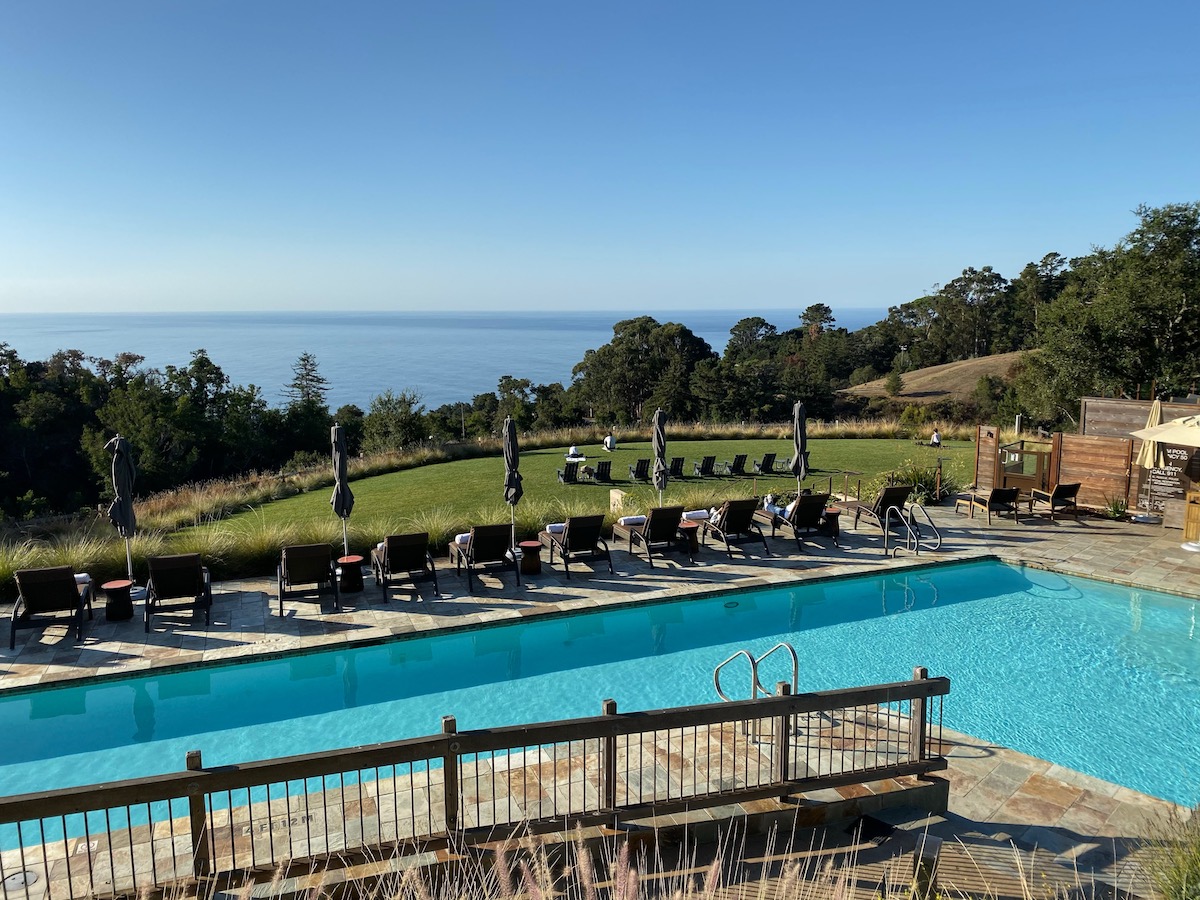 For example, the American Express® Green Card was recently revamped, and now offers 3x points on dining, travel, and transit. That card has a reasonable $150 annual fee (Rates & Fees), and offers up to $200 in annual credits that offset that.

I do recognize that revamping the Sapphire Preferred bonus categories might be challenging, given that the Chase Sapphire Reserve® Card offers up to 3x points on dining and travel purchases, and they don’t want to cannibalize that card.

So any change in bonus categories would need to be coordinated between the two cards.

We’ve increasingly seen card issuers add annual credits, which can come in a variety of forms. Presumably, some of these credits are pretty low cost to the card issuers (like the $100 CLEAR credit on the Amex Green), so it would be nice to see Chase add some sort of credit to this card. 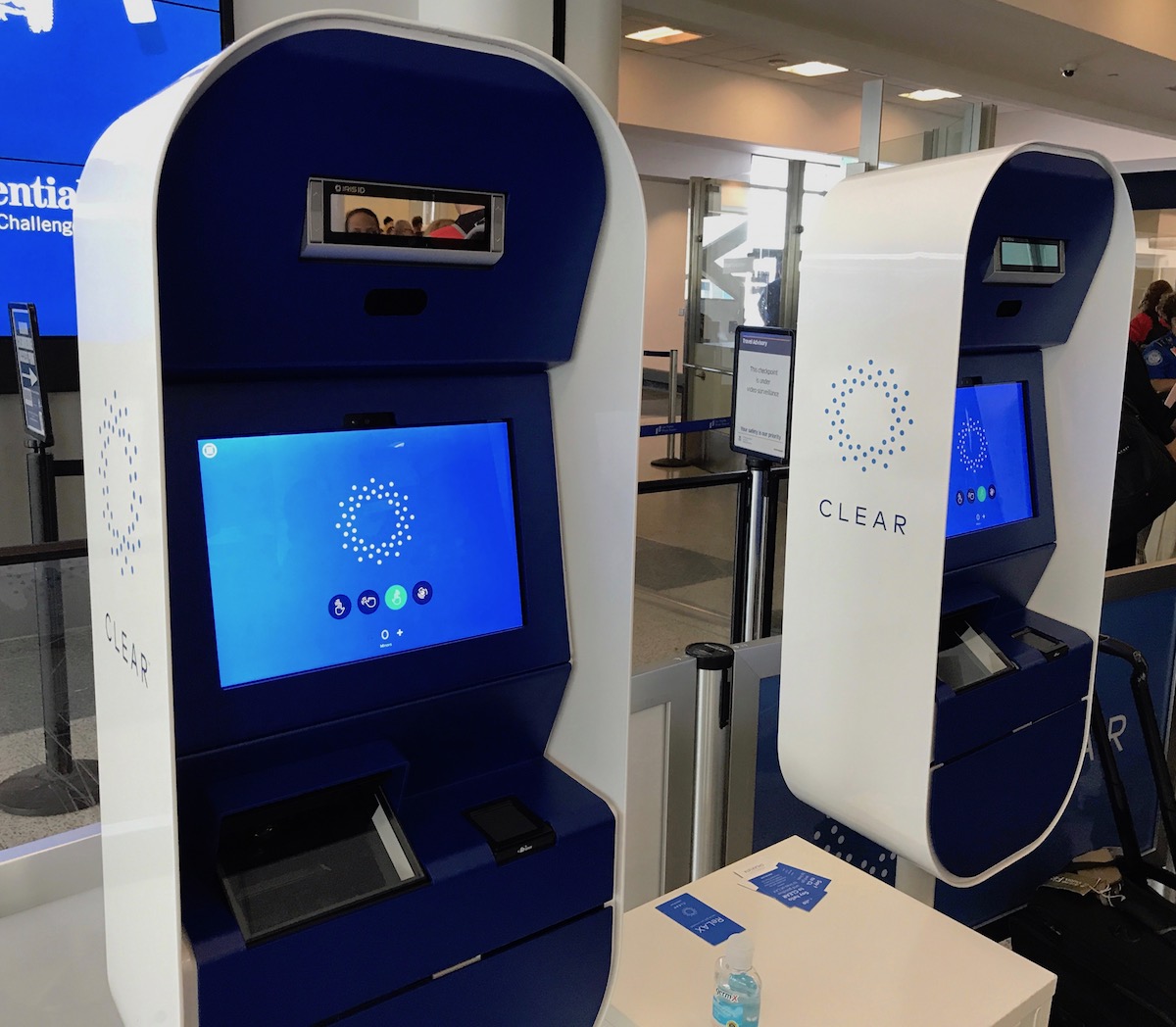 Who is the Sapphire Preferred still right for?

While I think the Sapphire Preferred is no longer in a league of its own, that doesn’t mean the card isn’t worth considering. Quite to the contrary, I think the card still makes sense for some/many.

There are two circumstances in particular where I think this card makes a lot of sense.

The best travel protection on a sub-$100 annual fee card

Taking the rewards structure out of the equation, one thing is still industry-leading about the card. In my opinion, the Sapphire Preferred offers the best travel protection and car rental coverage of any personal credit card with an annual fee of under $100.

For someone looking for that protection on a card with a reasonable annual fee, the Sapphire Preferred is tough to beat.

An easy entry into the Ultimate Rewards ecosystem

The Sapphire Preferred can be worth having as a way to get into the Ultimate Rewards ecosystem. While individual Chase cards may in some cases not be as lucrative as they used to, combined the entire portfolio of cards still is industry-leading.

If you have the Sapphire Preferred then points earned on the following no annual fee cards can be converted into full Ultimate Rewards points at 1:1 ratio: 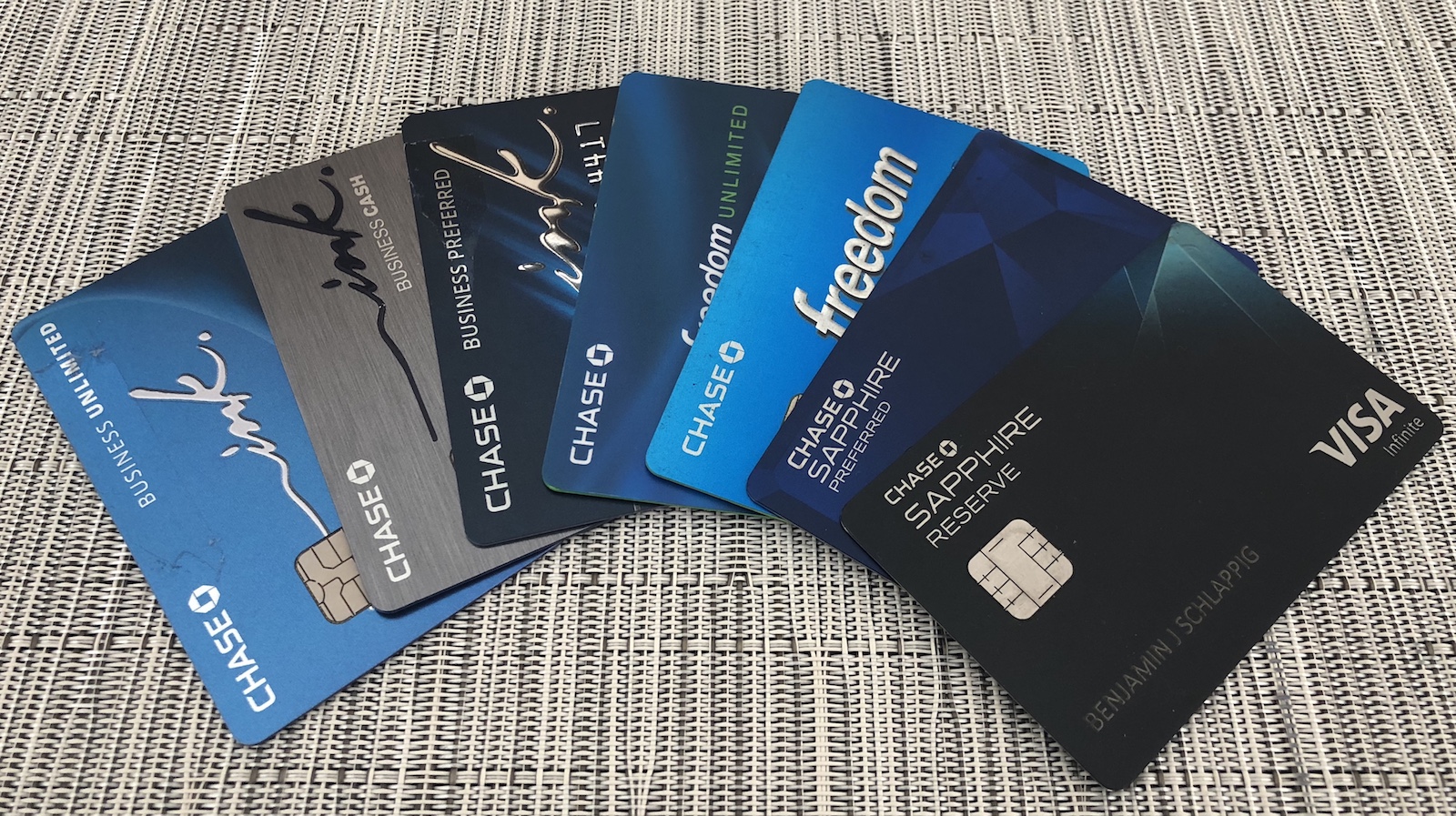 The overall Ultimate Rewards ecosystem is still tough to beat

Personally I think the single best card for getting into the Ultimate Rewards ecosystem is the Ink Business Preferred℠ Credit Card. The card also has a $95 annual fee, but has so many amazing perks — an 80K welcome bonus, 3x points in select categories, cell phone protection, and more.

The Sapphire Preferred was groundbreaking in so many ways when it was first introduced, but now it seems like it’s mostly just chilling.

While the card is still very well rounded in terms of the travel protection it offers, the reality is that it’s almost not worth putting spending on the card anymore.

At this point the Sapphire Preferred is most useful as a card that allows you to pool Ultimate Rewards points, should you want to use Chase’s excellent no annual fee cards to earn rewards.

What are your thoughts on the Sapphire Preferred compared to the competition these days?

When Should You Buy Hilton Points?

LATAM Leaving Oneworld On May 1, 2020, Earlier Than Expected

Promo: Earn Up To 10x Delta SkyMiles With Lyft